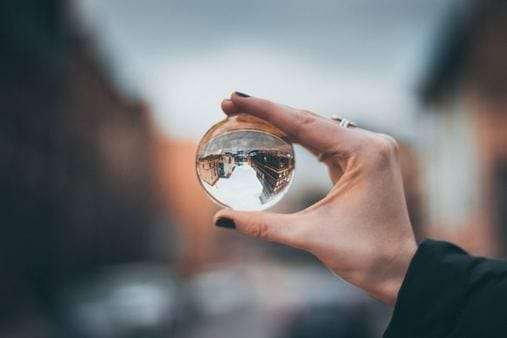 Many years ago, my therapist asked me, “do you see the glass half full or half empty?” I generally liked and respected and was helped by this therapist, but her question really bothered me.

I went home and wrote a poem about that question—I imagined a mountain pass where two different girls walked. One girl walked over the pass unscathed, and the other girl stepped on a landmine. Would the correct question to ask those two girls be, do you see the world half full or half empty? How do we get to tell our story in the terms that work for us? In my poem, I wrote about the ways in which the same world includes both great suffering and great joy. Then I put the poem away, but recently I went back and thought about that experience again.

A lot of psychology and self help suggest that what is most important is our mindset, our perception of the world around us. But this emphasis on mindset often comes too soon—we need to first explore what happened, feel what we feel about that experience fully, without judgment, and then be open to whatever shifts in mindset may come.

I think that the question “do you see the glass half full or half empty” keeps us stuck in a dualistic mindset. I prefer Buddhist teaching of non-duality and emptiness, in which we step out of our small frame of mind and enter into a larger more multidimensional perspective.

Both spiritual teaching and writing allow us to re-frame the story—we just need to be mindful of how we are doing that reframing.

These thoughts and experiences—spanning many years—were all swarming in me, so one day I sat down and wrote an essay about it. That writing process was clarifying for me, and I’m delighted that the essay was recently published in the Buddhist magazine Lion’s Roar.

I’m glad to share it with you and, as always, would love to hear your thoughts.

I also created some journal prompts below so that you can think about what metaphors work for you to frame and re-frame your world and tell your story in your own words.

Do you see the glass as half full or ultimately empty?

In the monastery dining room no one speaks. Chairs scrape across the floor; a serving spoon hits the inside of a pot. Someone coughs.

I’m already seated at the table with Simone while Eric and Gabriel stand in line waiting to take their food. Suddenly there is a big clank, a cluttering, falling sound, and then the rattle of a dish upon the floor. There are some whispers, some swishing sounds as whatever has fallen is cleaned up.

When Gabriel and Eric emerge from the kitchen, they come sit with us. Soon a nun stands up and strikes a large singing bowl, inviting us to eat.

We do not talk until we have mostly finished our meal and the nun again stands and again strikes the large singing bowl. But it is not until later, after the kids are asleep that night, that Eric tells me it was Gabriel’s plate, already full of food, that had fallen and split in two on the kitchen floor.

A young monk had come to Gabriel and reassured him. “Don’t worry,” he had said, “the plate was already broken.” Gabriel, thirteen, unsure what he was doing at a Buddhist monastery with his parents for the weekend, ears flushed from making a racket amidst the silence, had seemed to genuinely understand that the plate was, in a sense, already broken. Later, as he and Eric brushed their teeth in the men’s bathroom, Gabriel said, raising the toothbrush to his mouth, “the toothbrush is already broken,” and grinned.

Learning to see the plate—or the glass—empty and broken has been an invaluable teaching for me.

In my first therapy experience with a good therapist who understood, listened, and taught me ways to listen to myself, my therapist asked me, “Do you see the glass half full or half empty?”

She was trying to suggest that how we interpret and react to what happens to and around us is as important as what happens. But her question annoyed me. Did she mean to imply that my anger and pain and sense of injustice were not justified, were simply a matter of my own subjective experience?

The question is not is the glass half full or half empty? Rather, can you see the glass as both empty and full at the same time?I remember going home and writing a poem in response to her question. I called it “Half full/half empty;” it was about the different experiences two girls had along the same mountain pass. One girl enjoys the beautiful day, bringing flowers home to her mother, while another girl, walking down the same pass just hours later, steps on a landmine and gets her leg blown off.

Was the difference between these two girls that one saw the glass half full and the other half empty? Was it a matter of perception or of experience?

What I needed was to acknowledge that pieces of me had been exploded, shattered. There were troubling experiences in my past—among them an early experience of sexual assault—that I had to witness, acknowledge, and mourn. Over years in therapy, I learned to listen to myself so I could do that.

The danger with the image of the glass half full or half empty implies that our experience is primarily subjective; it not only blames the victim, but also nullifies her experience.

The activist in me, the empath in me, the person committed to social justice and to deep listening, resists the metaphor of the glass half empty and the glass half full. The limitation of this metaphor is not that our subjective experience and our response to what happens is unimportant, but that the metaphor implies an inherent judgment, dualism, and over-simplicity: Will the viewer see the glass the “right” way and thus “right” her experiences and her life?

By contrast, the metaphor of the empty glass—or the broken plate—works powerfully for me.I first heard the Buddha’s teaching on emptiness several years after I started working with my therapist. By then, I was able to acknowledge the pain and confusion I had felt as a child but had not been able to name. I had developed tools to listen to and care for myself. But I wanted a different level of healing.

I began to study with a Tibetan Lama. The first night I went to his teaching group, he lectured on the Diamond Sutra. He spoke for an hour about the Buddha’s insight that the glass of tea was empty—not just of liquid, but of form, of self.

The world in which the girl walks through the landscape and comes home unscathed, and the world in which the girl gets her leg blown off are the same world.By looking deeply at his own experience, Buddha was able to have insights that modern-day physicists would have millennia later: that this world of solid things is an illusion of our own perception. We now know that matter is full of almost infinite, empty space between moving electrons. Everything is always moving, impermanent, changing.

Emptiness in Buddhism is sometimes seen as depressive, but I find it quite the opposite. Seeing the emptiness in all things paradoxically allows me to experience fullness. The question is not is the glass half full or half empty? Rather, can you see the glass as both empty and full at the same time? Can you see past duality?

If we start with the expectation of fullness, the world will again and again seem to be working against us. We will not just be disappointed, but we will be living in a delusion.

Today’s news cycle emphasizes the landmines. Many people are experiencing a sense of horror and disillusionment. They thought the glass was half full, but now they are wondering if perhaps the glass is half empty. If it is only half empty, they wonder whether it makes sense to have hope. And if they don’t have hope, they wonder what is the point of action.

Similarly, emptiness can make us more aware of how much actually works. The other day as I was biking, I was suddenly able to see that all the cars, buses, bikes, pedestrians, children on scooters, mothers with carriages were all interacting in peace. A group of kids, maybe eleven years old, walked down the street laughing, safe.

How can I prepare my children to live in a world that includes both flowers and landmines? How can I help them prepare for the future and for the future’s radical uncertainty? Gabriel is now 17 and Simone is 13. My hope is that their sense of self is grounded enough that they can experience the freedom of non-self. I hope that they have had a childhood secure and full enough that they can acknowledge and embrace the radical emptiness of the world.

LEAVE A REPLY.   I love to hear from you and do my best to respond to all comments. 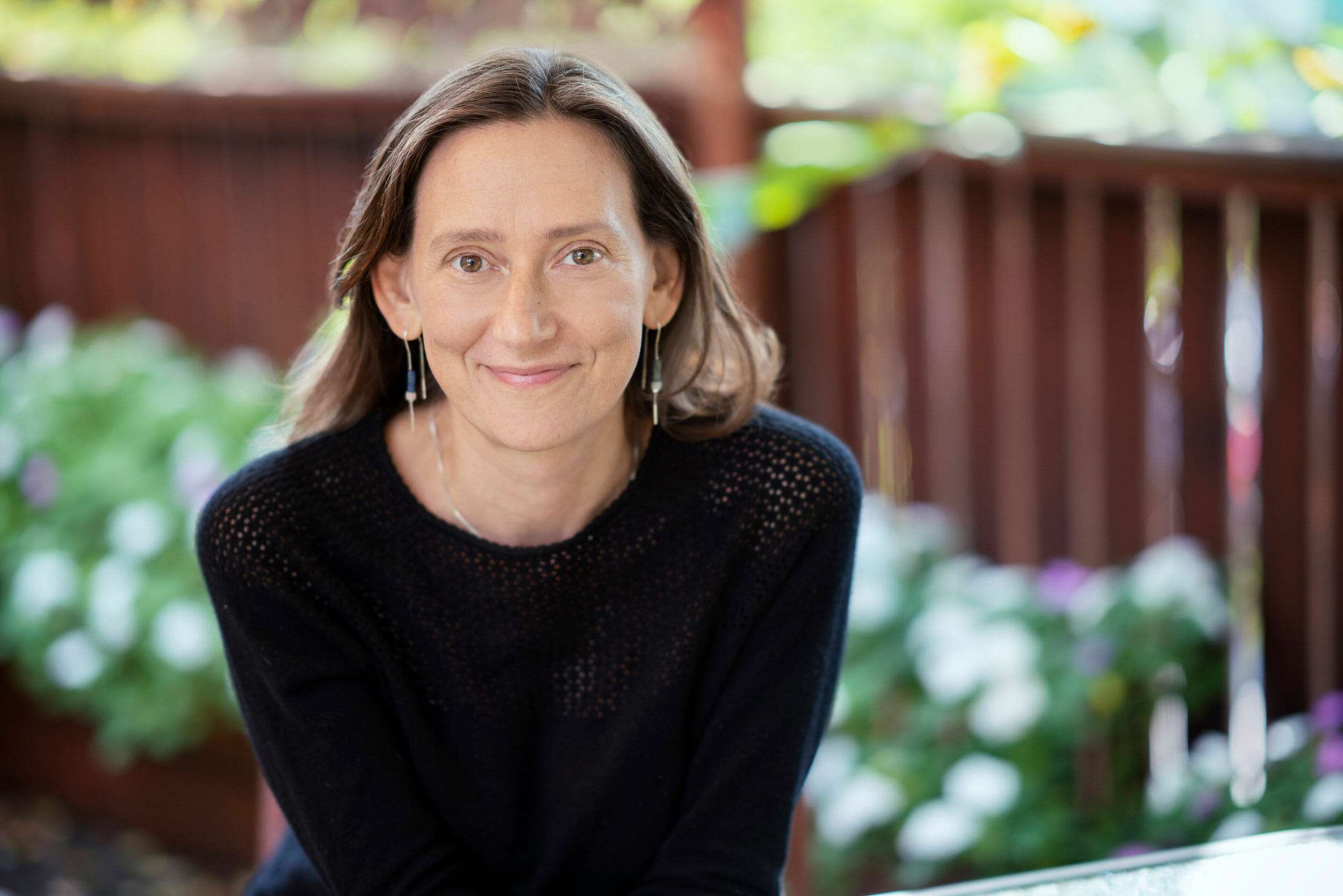 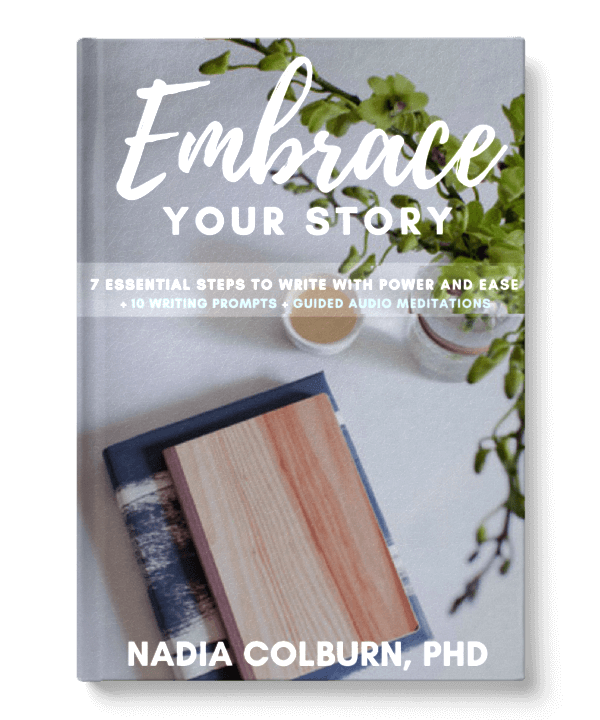 Get my FREE ebook to learn the 7 essential steps to write with power and ease.

SEND IT TO ME

Looking for something? Use the search bar below to find it.

Time For Creativity in Our Busy World. Read the article and then work END_OF_DOCUMENT_TOKEN_TO_BE_REPLACED

Taking Your Own Time With Writing

Summer is a time of slowing down for me. But I wanted END_OF_DOCUMENT_TOKEN_TO_BE_REPLACED

Poetry is a powerful medium to pair with a mindfulness practice. A END_OF_DOCUMENT_TOKEN_TO_BE_REPLACED

Time For Creativity in Our Busy World. Read the article and then work END_OF_DOCUMENT_TOKEN_TO_BE_REPLACED

Taking Your Own Time With Writing

Summer is a time of slowing down for me. But I wanted END_OF_DOCUMENT_TOKEN_TO_BE_REPLACED

Poetry is a powerful medium to pair with a mindfulness practice. A END_OF_DOCUMENT_TOKEN_TO_BE_REPLACED

What is a Creativity Coach?

A creativity coach helps people tap into their creative power and potential. END_OF_DOCUMENT_TOKEN_TO_BE_REPLACED