Women, Ownership, The Earth and Our Voices 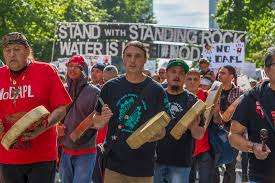 With a week to go before official election day, I’ve been doing what I can to remain active (I went to New Hampshire again this past weekend) and also trying to step back a bit and see the larger picture of what’s happening.

I know many of us feel scared, angered and even overwhelmed by this election season. And very ready for it to be over.

It’s really important to take breaks from the news and to do things we love, remembering all the very decent and very normal ways we can interact with one another.

And it’s also important to continue to trust in and raise our voices for what we know is right.

So much of the work I do with clients and students, helping them trust and cultivate their voices, is work that I also try to do myself. My own journey has been one of integrating my own voice and vision, becoming clearer, more direct, more willing to put myself out there and more able, as a result (at least I hope), to be of service to others.

I want to share with you an article I wrote recently that ties together the abuse of women and the abuse of our earth. I argue that a mentality of ownership is a dangerous one and it’s time that we put it behind us. Trump’s run for presidency highlights the ways in which this dangerous mentality works. And while Clinton may (with any luck at all) be our first woman president, it’s up to all of us to keep working for the future we want, by raising our voices for a future of respect instead of ownership, a future in which we’ll stop building pipelines and keep fossil fuels in the ground.

with thanks, love and hope,

FROM ABUSE TO RESPECT: RASING OUR VOICES THIS ELECTION
I work as a writing coach for women; whether my client is a beginner or a respected published writer, at a certain point she’ll come against a block.“What is this block,” I ask, and inevitably my client follows it back to a voice telling her that her ideas don’t really matter. “Where does that dismissive voice come from?” I ask, and the writer gets a far off look on her face. It comes from so many old sources that she stops writing, overwhelmed.
Trump’s campaign showcases some of these sources and the ways women have been treated for centuries. And it showcases not just a mentality about women, but also a mentality about money, power, our human relationships and our fundamental place on this Earth.
Trump’s campaign slogan, Make American Great Again, clearly looks back to the past. This was a past in which the dominant narrative was one of men, power and money—that is, men with power and money got to have a voice and tell the story. And if that is still sometimes (too often) the case today, there is also a new narrative that has been emerging that questions, resists and re-writes the old narrative and instead gives everyone a voice and gives everyone respect.
Trump is the candidate of the old narrative: we should vote for him because he’s a white man who is “really rich.” He’s built luxury buildings, top end hotels, golf clubs and resorts. It’s a campaign about power. And he makes it clear, too, that he thinks he can do whatever he wants with that power.
We’ve all heard him brag to Billy Bush about sexually assaulting women: “When you’re a star they let you do it….Grab them by the pussy. You can do anything.” Trump felt entitled to go into the dressing rooms when women were changing because he was the “owner of the pageant.”
Karena Virginia, the 13th woman to come forward accusing Trump of sexual assault put it simply: he treated me, she said, “as if I were an object.”
What Trump is doing in this election is putting on display a dangerous and outdated idea about ownership, and it’s worth paying even more attention to this because it affects not just women, but all of us. Indeed, this idea of ownership might just end our civilization if we don’t come together and do something about it. Simply put, we can no longer afford to treat other people like objects. And we can no longer afford to treat the earth as an object to be owned and endlessly to be extracted for our own enrichment.
Indeed, if Trump showcases the way of the past, climate change more than any other issue showcases what the future demands: that we treat the earth with respect; that we come together and not build walls; and that we collectively combat the urgent crisis of climate change and environmental devastation.
Once again, however, Trump is in the past: he professes not to believe in climate change; he wants more fracking, more coal production. And he wants to appoint a major climate change denier, Myron Ebell, who is in the pay of big oil companies, to head the EPA.
Asked about the environment, Trump said: “We’ll be fine with the environment. We can leave a little bit, but you can’t destroy businesses.”But business won’t survive without an ecosystem that supports life. We can’t just leave a little bit of the environment. We’ve already done that. A new study shows that the world is set to lose two-thirds of its wild animals by 2020.
20 years ago in China, Hillary Clinton bravely said, Women’s Rights are Human Rights. I think it’s time for us all now to say that Women’s Rights are Human Rights, and Human Rights are Earth Rights.
So how do we as women find our voices? First we must break down the centuries of ownership and the internalization of that history. That’s not easy, but more and more people are doing it. After my clients get over that far away look, they get a different look: they’re ready to dissolve internal and external walls of disrespect, and have their voices heard and work to approach the world differently.
And when that happens, we unleash an amazing other kind of power: not the power of money but the power of respect and belonging and truth and determination to speak up for what we know is right. As more and more women share their stories, we are also sharing a larger story about what it means to be human, and what it means to be member of this planet, the only planet that can support life.
This next week, I’m using my voice to talk with voters in swing states to make sure that we put candidates into office who act with respect for humans and for the Earth, who don’t think that money is an entitlement to to do whatever one wants.
I’m raising my voice to support the Sioux and their allies at Standing Rock who are doing the brave and necessary work for all of our future, trying to stop yet more degradation of our water, our land and our home.
I’m committing to continuing to work with urgency after the election to reduce our abuse of the planet and to stop our addiction to fossil fuel power.
And I’m continuing to help women find their voices. Because as more and more women, and more and more men, find their authentic voices, rooted in claiming our individual stories, and questioning much of what we’ve inherited from the past, more and more of us will come to a place not of ownership with respect for one another and for the Earth itself.

Here are a few things we can all do:

​1) Consider trusting your voice as a form of activism.
2) Use your voices for what you believe in.
3) Get engaged in the political system.
4) Help save our environment and address climate change in every way you can—with your actions and with your voice, so that we as a society can take collective action.
5) Advocate for working together so that we can come into the future that we need and move away from a divisive, disrespectful past.
6) Take small steps. No one is going to make radical change alone. Everything we do, even if it’s a small gesture, matters.
7) Occasionally challenge yourself to go outside of your comfort zone, wherever that is, and do something on a bigger scale.
8) Share your story and your beliefs and encourage others to do the same.