Leaving Baidi in the Morning 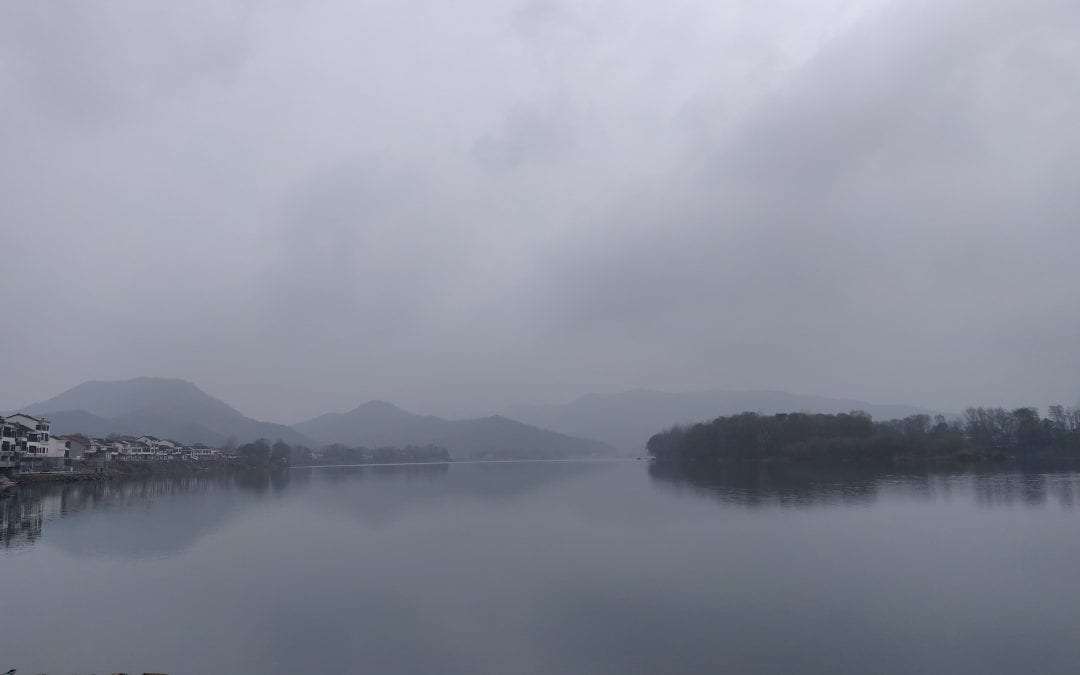 Li Bai wrote his famous “Leaving Baidi in the Morning” while sailing down the Yangtze River on his way home from exile. Translated from Chinese, the poem maximizes brevity, yet the silences between each momentary image carry beautiful reminiscences of traditional heritage.

White mist flees the Yangzte’s speed
Rows of layered hills flash by
Monkeys screech joy to the sky
As my boat flies me homeward, free!

“Leaving Baidi in the Morning” was written by Li Bai (701-762) in celebration of being released from prison in Baidi, the imperial city where he had been held as a political dissident. It is a favorite of Jianling Wang, the Chinese-speaking father of a neighbor of mine. He and I discussed it over brunch one day with the halting and often hilarious aid of his elementary-school-age grandson, his cell-phone and my laptop (with Google Translate). I was amazed at how connected he felt to a poem that was so old. I couldn’t even tell you the name of anything written in English that long ago. When he read the original to me, I was swept up in its rhythm and sound and the transcendent exhilaration it conveyed.

When I did more research about it, the poem took on a deeper poignancy because the natural world it exalts no longer exists. Li Bai was traveling through the Three Gorges, the world-famous inspiration for generations of Chinese painters that was flooded by the Three Gorges Dam. The wild apes whose cries used to be as common there as the sound of crickets or birdsong in Massachusetts are among the million species whose survival is at risk due to habitat loss.

The extreme concision of Chinese poetry made this difficult to translate. The original has just four lines of seven syllables, each of which conveys a rich concept it would take several English words to convey; but the syllable count and rhyme scheme are an important part of what gives the original its power. In the end I made a compromise that prioritized form, adding only one extra syllable in the last line, and sought to preserve what seemed to me to be the poem’s emotional core.”

Writing Prompts Inspired by Leaving Baidi in the Morning

Try brainstorming some images that you see around you and with as few connecting devices in between, write your own poem!

Then leave a comment about Leaving Baidi in the Morning/ some of your writing below!

To read more morning poems, or poems of transition of any kind, come on over to my blog post for 15 great morning poems.